When I got serious about improving my golf game in late 2014, I signed up for a series of 10 golf lessons from GolfTEC inside of my local Golfsmith. Coupled with the lessons, I also came in for three 1-hour practice sessions on my own each week during my lunch breaks.

Looking back, this was a huge gamble given the amount of money I was investing in these lessons because I did not vet the instructor prior to signing the agreement. Luckily, my instructor was clearly competent in playing the game of golf, which I could tell by watching him for a couple of demonstration swings during our first lesson and by talking to him about his amateur golf career.

Off to the Races

During the first lesson, my instructor addressed my tendency to hit towering slices. I diligently worked on the changes over the next couple of weeks and my instructor commented during our second lesson that he’d never seen anyone go from a slice to a hook so quickly. I had jumped in with both feet and was excited to learn more.

Unfortunately, the series of lessons felt more like 10 individual lessons rather than a clearly defined game plan with step 1, 2, etc.

Seemingly Random Lesson of the Week

Each week, my instructor would watch me take a few practice swings, and then pick a (seemingly random) aspect of my swing to work on that week. During each lesson, I would diligently try to modify my swing during that session according to my instructor’s instructions.

Can you imagine what changing single, random aspects of your swing each week will do to your game?

Granted, I knew going into this process that my game would get worse before it got better. What I failed to realize at the time is that there are several parts to a golf swing that must sync up in order to strike the ball well, including grip, stance, ball position, tempo, back-swing, hip and shoulder turn, weight-shift, club release, and follow-through.

It is clear to me now that if you change only one of the 10 parts of your swing and keep the other 9 the same, the odds of hitting the ball well approach zero. As a result, my scores immediately went from low 100s to high 110s, with some 120s sprinkled here and there.

About 5 lessons into my 10 lesson package, I was sweating bullets whenever I thought about how much money I had invested in my game and the complete opposite results I was getting. So I sought out others who may have been having the same experience as me so that I could find some peace-of-mind.

The best golfer that I knew personally was my brother-in-law’s twin brother, a scratch golfer who plays at least once and sometimes two or three times a week. When I relayed my experience to date with the golf lessons and soaring golf scores, he was able to confirm that yes, you do get worse before you get better when taking golf lessons (he had also taken a series of lessons at GolfTEC a few years earlier).

This conversation game me the peace of mind to soldier on with the golf lessons and I convinced myself that there was light at the end of the tunnel, even if I couldn’t see it yet.

As I was finishing my first set of 10 lessons, we began working on chipping. In my opinion, chipping is different enough from a full golf swing as to be considered a distinct animal altogether. I began to see vast improvements in my chipping game while my full swing was still a wreck.

In fact, I was seeing enough improvement in my chipping that I signed up for another 10 lessons figuring that eventually my full swing would come around.

Do you Know the Definition of Insanity?

Doing the same thing over and over again and expecting different results.

By the end of my second set of lessons, I knew that continuing would be throwing good money after bad. Fortunately for me, my wife and I had decided to move across town, which would have made the drive to my local Golfsmith climb to 45 minutes each way. Even if I had decided to continue the lessons, I would not have been able to dedicate that much time during my lunch break to go that far.

The irony of the move was that I was closer to yet another Golfsmith (this one an “Extreme Golfsmith” store) than I was before. This situation at least gave me the option of buying practice time during the 6 month long winters.

Given my less-than-happy experience with GolfTEC so far, I decided that going there 3 times a week to practice while the staff was trying to sell lessons to me was not going to work. Once again, luck was on my side and I found an independent indoor golf practice facility less than 2 miles from our new home.

There are several examples of big business vs. small throughout the golf industry, from ball manufacturers to clubs (especially putters) to golf training devices. If you remove the quality of the instructors from the equation, it boils down to business models, which fall into line with many other industries when comparing big vs. small companies.

At GolfTEC, while the individual locations were franchises, the overall operation was more or less dictated by the franchisor who provided the marketing materials, launch monitors, nets, etc. The instructors at GolfTEC are employees whose compensation is primarily dictated by how many lessons they are conducting each month. As a result, there is an incentive for the franchisor, franchisee, and instructor to sell as many lessons as possible.

In contrast, the entrepreneur who owns, operates, and conducts lessons at the independent facility offers a membership option, which is a flat fee for access to the facility and indoor/outdoor lessons for 12 months. In this way, his compensation is tied to the progression of his student’s golf game rather than the number of golf lessons performed.

I believe that the entrepreneur’s business model provides a more relaxed and effective environment to work on my golf game and the results are on the score card as my scores began to fall from the 110s to the high 90s.

A Different Approach to Golf Instruction

Outside of the business model advantages, my independent golf coach actually has a different approach to teaching than my GolfTEC coach. Rather than him picking an individual aspect of the golf swing to work on that lesson, he asks questions to get at what you want to work on, then asks more questions to make sure that you understand the fundamentals of the swing, and if not, explains how those fundamentals affect what you’re personally trying to improve.

By explaining the fundamentals and how to change your swing in conjunction with the changes themselves, the instructor makes the student feel more engaged and ultimately, more committed to the changes. A close analogy is when I tell my kids why they must clean up their dishes, not just to clean up the table — I get much better responses from them and a much cleaner table as a result.

At this point, I was deep into my single length irons journey and was looking for a local club maker who was affiliated with Wishon golf, one of the few companies offering single length golf clubs at the time. While meeting with this club maker, who ironically completely disagreed with the entire single length irons theory, he gave me an impromptu golf lesson.

His entire lesson can be summed up in a single word: Relax. Although it took him 20 minutes to coach me through how to relax prior and during a golf swing, that single 20 minute session taught me something that enabled all of my previous golf lessons to stick and become repeatable.

The Golf Journey is Never Over

The beauty of golf is that, no matter how much time you put into it and how low your scores go, you will always have some aspect of the game that you can work on. It is also one of the few sports that you can play in your later years that provides exercise in a social setting.

You can read about my never-ending personal golf journey to single length irons. 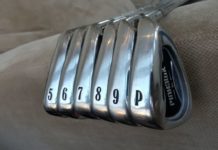 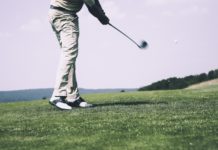 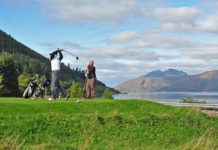