If I had to describe Single Length irons with one word, it would be: simplicity.

There is no intellectual property or new technology involved because single length irons are simply irons with same length shafts and same weight iron heads — that’s it!

You get the benefit of a single swing plane, single swing tempo, and single ball position which simplifies your game, reduces fat shots, improves your scores, and enhances your fun on the course.

Trick Shot Guru Brings His Game to the PGA Tour 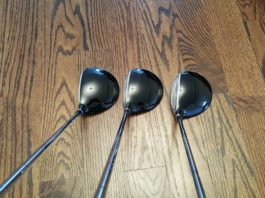 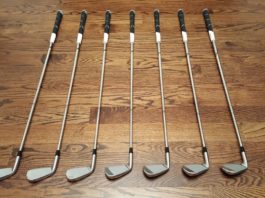 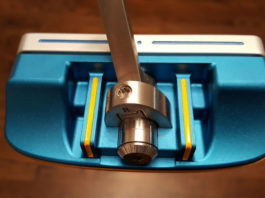 Why should we use Single Length Irons?

Why are single length irons better?

Because you have a better chance of hitting your golf ball closer to your target.

Simplicity – By not having to worry about ball position or modifying your swing tempo, you have a much simpler swing.

Consistency – By repeating the exact same swing 20-25 times a round, you will begin to groove that single swing plane in no time.

Accuracy – As a direct result of your simpler, more consistent swing, your accuracy will steadily increase and your scores will drop.

How do single length irons work?

All of the irons have one length, one weight, and one lie angle, which means that they also have one swing plane, one tempo, and one optimum ball position — it’s that simple.

Besides the length of the irons, the primary differences in the single length irons when comparing to traditional irons are the loft angles of the clubs, which tend to be a couple degrees stronger for each club.

Do any PGA Tour professionals use single length clubs?

Why do we keep using standard golf club sets and expecting different results?

Because we’re creatures of habit and we have hard heads!

And because it’s much easier for the golf retailers (Golf Galaxy, Dunham’s, etc.) to stock “standard” sets of golf clubs rather than 3 or 4 different lengths of each single length irons set. These golf retailers sell 85% of all golf clubs and are conveniently located in every metropolitan area of the country.

Why do we average 100 strokes or more in a round of golf?

Because we’re using the wrong tools — my dad always says “Use the right tool for the right job!”

We wouldn’t use a sledgehammer to tap in a simple nail — standard iron sets are the sledgehammer of the golf game — we should stop using them!

Professional golfers’ ability to pay their mortgage comes from being able to master the 10 swing planes necessary to use 10 different lengths of conventional golf club sets. They spend the bulk of their waking hours honing their golf game to the point where they can easily switch between different length clubs from one shot to the next.

A standard golf club set is the sledgehammer, which enables professional golfers to hit a 4 iron 250 yards into a long par-3.

The other 99% of us don’t need that sledgehammer, but rather, need the accuracy of using a claw hammer.

Why do we hit one of our irons better than all the rest?

“I’ve hit fliers with the four. I’ve hooked my five, I shank my six, skulled the eight, fatted the nine, chili-dipped the wedge, and bladed the sand. But then there’s the seven iron. I never miss with the seven iron.” – Kevin Costner in Tin Cup

Because golf is not our profession — we don’t have time to learn 10 swing planes, 10 swing tempos and 10 ball positions. There is inevitably one swing plane that works for us better than all the rest.

Your optimum iron length is unique to you and is determined by your height, the distance from your wrist to the floor, and your optimum swing plane.

Why do we keep losing money to our buddies who also struggle with their game?

Because we love explaining why we spend so much money on golf when we get home.

Will my buddies laugh at me when I show up with a set of Single Length Irons?

Probably — and they’ll stop laughing as you stack up skin after skin.

Seriously though, I’ve had the opportunity to play with several random groups of people while using my single length iron set (my regular golfing partners have back issues). Not a single one of those people have negatively commented on my choice of irons.

In fact, several of them ask me what clubs I’m using by the third or fourth hole and are genuinely interested in hearing about my single length clubs and how I ended up choosing them.

Absolutely — many sets are already on the USGA list of conforming clubs.

How do we know which set of Single Length Irons work for us?

Single-Length-Irons-Guy.com is the place where every set of Single Length Irons on the market will be demo’d and reviewed.

You can also check out our Single Length Buyer’s Guide which compares every single length iron set on the market.

Where can I buy a set of Single Length Irons?

Single Length Irons Guy - March 1, 2017
So you’ve finally made the leap of faith and have decided to build your first set of single length irons by contacting your local... Trick Shot Guru Brings His Game to the PGA Tour Yet Another Golf Kickstarter Miracle